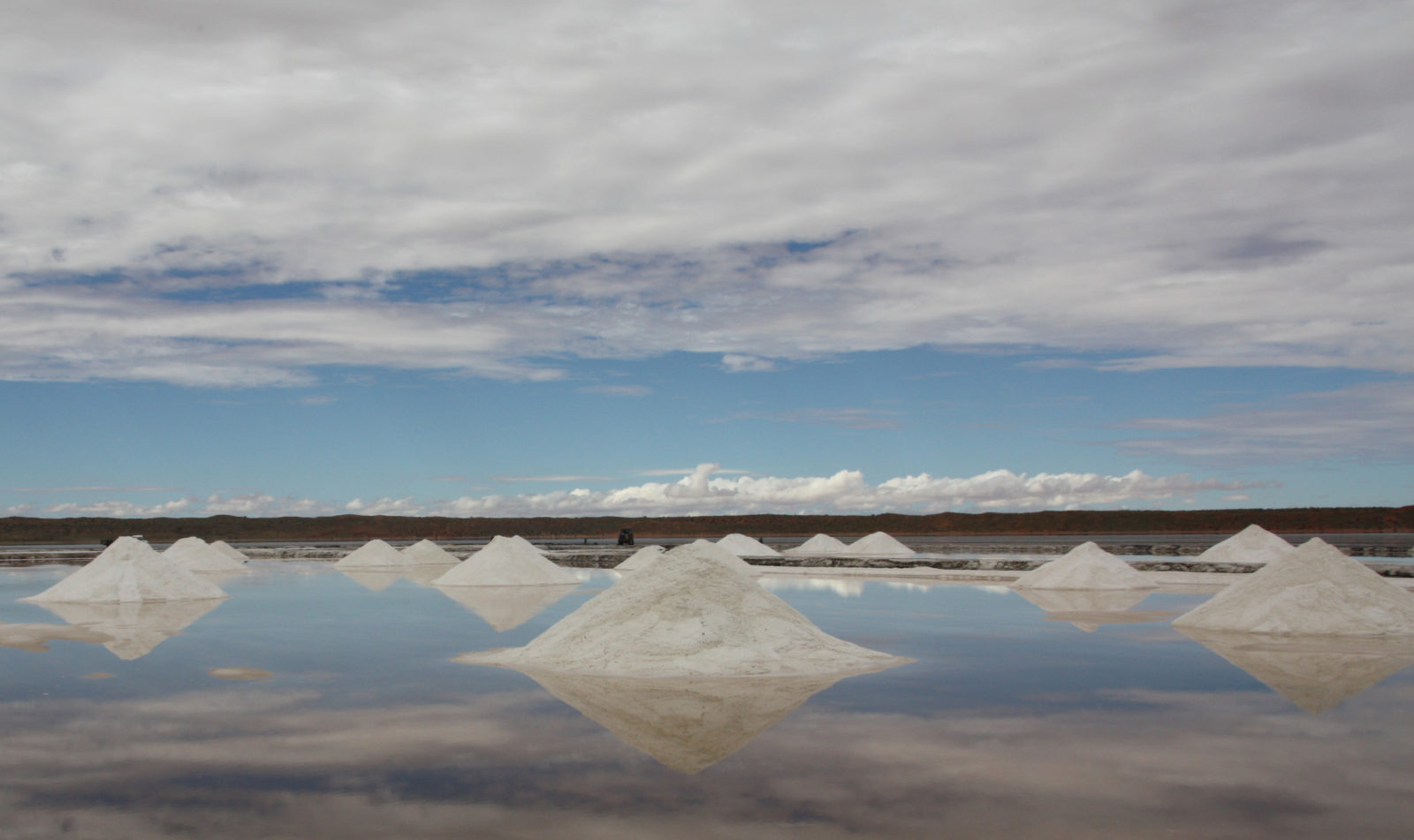 Salt may be our most underrated seasoning, but entrepreneur Samantha Skyring has found a local renewable source that chefs and consumers alike love, named after the iconic desert Oryx. Her journey from sole entrepreneur to supermarket shelves has had its salty and sweet moments.

Once, salt was worth its weight in gold. By the 20th century, it was just plain old table salt: a cheap, highly processed commodity, packaged accordingly, source unknown. Currently leading South Africans back to the local salt lick is Samantha Skyring, founder and CEO of Cape Town-based Oryx Desert Salt.

You’ve probably seen her salt and pepper grinders with the regal oryx that are normally on restaurant tables; that is if you can remember back to eating out pre-Covid-19 days! Fortunately for Skyring, her products are also on supermarket shelves.

Before starting her company, Skyring ran an NGO for seven years, which used music to spiritually and emotionally uplift children in rural communities. Looking for a business opportunity after the birth of her son, she happened to come across this natural mineral-rich salt from the Kalahari Desert. Immediately, she knew it was a product she could get behind and started a company in 2010.

Originally she used the name Kalahari Salt, but for business reasons, was forced to rebrand. “The rebranding was the magic,” she says. In 2000, she had spent five months in Namibia, the highlight of which was a seven-day 120km walk across the Namib Desert, where she had unforgettable close encounters with oryx. “When I thought about rebranding, the immediate picture in my head was this beautiful masked creature.” Further research revealed that the oryx can survive for at least two years without water, but can’t live for more than two months without salt from a salt lick, which provides sodium chloride, minerals and trace elements essential for life.

Unlike Himalayan salt, which is a non-renewable resource blasted out of caves in Pakistan, Skyring’s salt is harvested from a salt pan in a pristine area of the Kalahari Desert, 250km north of Upington and 50km south of Botswana. Salt brine is pumped up from a 55 million ton underground salt lake fed by three rivers flowing 130 metres underground. “These rivers are constantly flowing and replenishing this underground salt lake,” says Skyring. Once above ground, the salt is naturally sun-dried. In the Kalahari, she’s got the weather on her side, and the salt dries quickly before it is transported to Cape Town for packing.

Skyring had a clear strategy from the outset: “I believe a beautiful product needs to be offered locally before it gets exported internationally.” With no knowledge of large retail, she concentrated on speciality gourmet stores, delis and health shops, markets and restaurants.

“Salt is almost the luckiest product besides olive oil: it’s on the restaurant table,” she explains, referring to that grinder on the table which creates brand awareness for a product with retail aspirations. “This is why I always pushed restaurants.” She initially spent hours going through Eat Out magazine, firing off emails to restaurants, but mostly cold calling. The hard work paid off and she built her business largely on supplying restaurants with grinders and salt packed in 3 and 5kg buckets for refilling. “This is where Oryx has had a step up against other brands competing for shelf space. It was all about getting people to try ours before someone else’s.”

She made additional inroads in food and gift shows, selling at Good Food & Wine Show in Johannesburg, Cape Town and Durban as well as MARKEX, Hostex and SARCDA, a retail gifting home show.

Skyring also invested in packaging that set her product apart, choosing a grinder with a ceramic mechanism that is significantly longer lasting than plastic grinders and ensures no plastic micro-shards will accidentally be ground into food.

There were ups and downs in those first few years, but a turning point for Skyring came in 2015, when she welcomed new partners, brothers and chartered accountants Ian and Garth Solomon, whose kids were at the same school with Skyring’s son. They brought needed capital and extensive business experience to her company.

A key part of her strategy in the early years relied on relentless research and pounding the pavement, as she built relationships and a consumer following in smaller markets. The exposure from restaurants and markets gave her the confidence and the legitimacy to take that next step to big retail and achieve high volume sales.

It took a year to get into Food Lovers Market, and when she did, her lack of merchandising experience led to the loss of that account. It was an important lesson in shelf strength; specifically, the importance of all the products including the pepper being placed together. She then approached Pick n Pay and Woolworths: it took a year to get the paperwork done at Pick n Pay before being stocked initially at the company’s top 18 stores. Today Oryx Desert Salt is available at Pick n Pay nationally in 280 stores, as well as Woolworths, Cape Union Mart (who sell a mini travel set of salt and pepper shakers) and Dischem. Even today, there are still frequent lessons learned about overstocking and the importance of good communication with buyers.

While Skyring has broken the retail ceiling, she hasn’t wavered from her personal commitment to run a business built on uplifting lives, which goes back to her NGO days. Every Monday, she has a motivational staff meeting with prayer, and every Friday, her staff sits down for lunch together. She’s even doing a life coaching course so she can continue to mentor and uplift her employees. Besides supporting several social enterprises that produce ceramic packaging and pack Oryx products, the company contributes a percentage of its monthly sales to the Khomani San and Mier communities who own !Xaus Lodge in the Kgalagadi Transfrontier Park.

Categories:News, Salt
Shortly About Us