One of the indisputable facts we’ve learned fairly recently, along with the fact that global warming is really happening, and that Donald Trump & Boris Johnson really are simultaneously in charge of two of the world’s most powerful countries (no, you didn’t dream that!), is that plastic is bad. Which is a big issue, given that plastic is EVERYWHERE.

We have come to rely on plastic for everything, and humans have created over 8.3 BILLION tons of the stuff so far, over half of which has ended up in the environment! 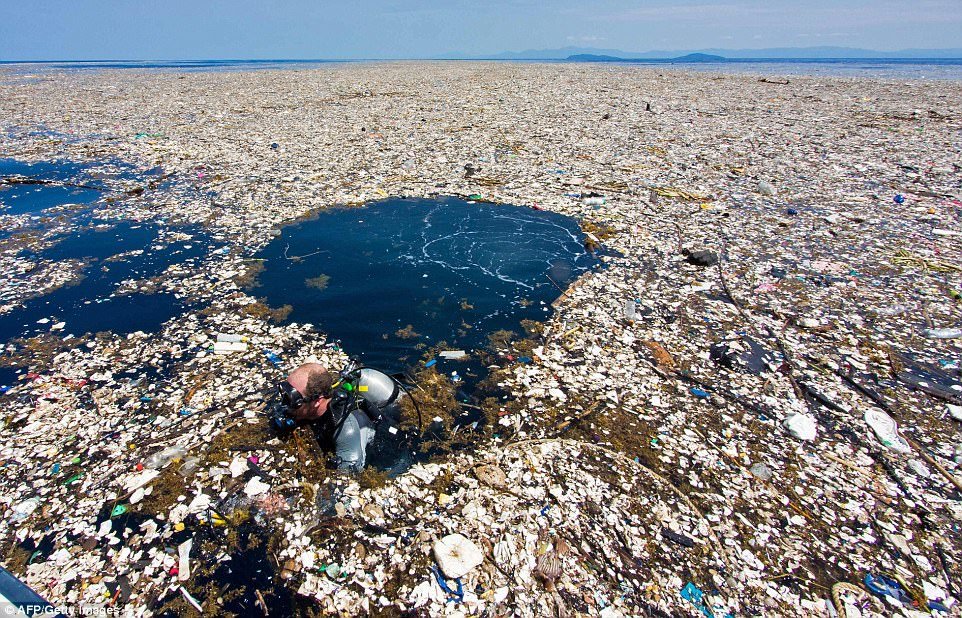 The Great Pacific Garbage Patch (GPGP) is the largest of the five offshore plastic accumulation zones in the world’s oceans. It is located halfway between Hawaii and California. Theoceancleanup.com

I’ve always thought most plastic was recycled, and that it was fairly environmentally friendly, turns out I was very wrong.

So much of the stuff ends up polluting the environment, most of which ends up in the ocean. As well as bigger lumps of plastic causing all kinds of problems for marine life, microplastics are being eaten by the plankton at the very bottom of the food chain. Really not very good news. 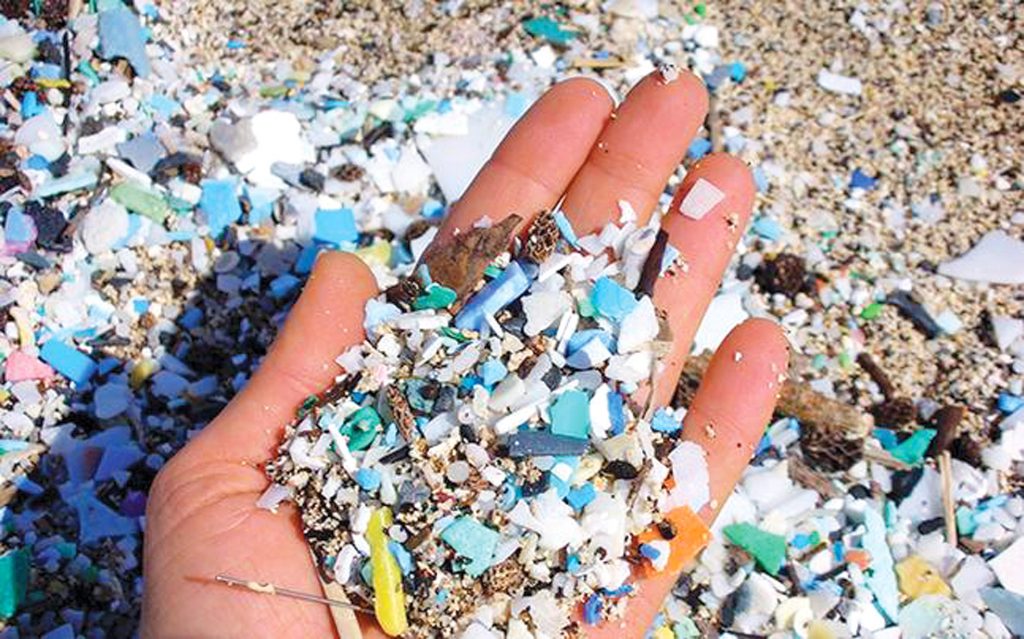 I think we’ve become so used to using plastic, and it’s so cheap that it is used in some cases for literally no reason at all.

A good example of this is a  sample of coffee tamper set with tamper, tamper mat and coffee brush in a box, that has just been sent to me.

Why did the tamper mat and the brush need to be in individual clear plastic bags? There’s no need for it, and I think this is something industry needs to wake up to if we’re going to ever get close to reversing the damage that we’ve already done to our planet. 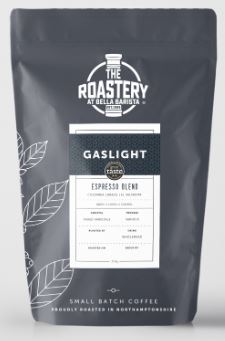 Thankfully, the UK coffee industry seem to be waking up to the fact that we need to move away from an over reliance on plastic, which began with an effort to reduce the use of plastic disposable cups.

The Roastery at Bella Barista have just moved away from using plastic for packaging their coffee beans.

They decided they needed to source an eco friendly alternative to the standard foil and plastic bags that are usually used for roasted beans. It took them over two years, but eventually they sourced  Earthpouch, a plastic-free compostable food-grade pouch.

I did a bit of research, and “Earthpouch” is the first completely plastic-free food grade pouch.

It’s made from paper, which means it can be recycled via the standard paper recycling.  It’s heat-sealable, and it has a barrier (to protect the coffee beans or whatever else these pouches are used for) but it’s not a plastic barrier, and it’s a barrier which doesn’t prevent the pouches from being composted or recycled.

So what’s the catch?

There are two negatives, in theory, about switching to these new eco friendly pouches. But from common sense mixed with a bit of research, I’ve determined that these probably aren’t negatives at all.

Most roasters tend to use bags with a one way valve, or “Degassing Valve”, in fact I can’t remember the last time I received roasted coffee beans in a bag without a valve.

According to “Espresso Coffee: the science of quality” by Andrea Illy & Rinantonio Viani, up to 10L of CO2 is released per KG of coffee roasted. This amount of gas releasing would burst bags, so if this is the case then one way valves are obviously necessary.

Coffee expert Dave C shares his thoughts on degassing and one way valves in this thread on the UK coffee forums: 1 way valve bags or not, in which he concluded the following:

Gas isn’t held in the structure of the coffee bean after roasting. If there is any trapped air, it’s only a very small amount, very unlikely to be anywhere close to 10 L per KG.

CO2 formation is reduced by vacuum packing, and reopening a vacuum pack starts the process of forming CO2 again.

Exposure to oxygen is responsible for staling of the beans, and for most of the CO2 formation, although very small amounts of C02 are possibly formed over time from post roast chemical reactions.

Another really interesting read on this subject is a post Dave links to within his thread, Why I stopped packaging our coffee in one-way valves by Michael Wilson.

If coffee is being sealed to sit on a supermarket shelf for up to 12 months, then I can understand the need for a one way valve, but it seems to me that for small batch roasters dispatching their coffee directly to the coffee lover, degassing valves probably aren’t necessary.

I spoke to Marko at Bella Barista about this, who told me that they’re confident that the amount of gas released, if any, during transit is not going to be enough to burst the bags or do any damage to the beans. But they highly recommend decanting the beans on opening, into an airtight container such as the Airscape, which they supply.

Reseal strips or “grip seals” are plastic, and remember plastic is bad, so no reseal strips on these earth pouches.

For me, this isn’t a negative, as I don’t think grip seals are a good way to keep coffee fresh. Some of them just aren’t very good, and are a pain to seal properly.

In my humble opinion, the bags that coffee beans come in are just there to keep the beans fresh & secure while in transit, and that’s the only function they should need to perform. There are MUCH better ways to store your coffee once it’s landed on your doormat.

I think just about anything is a better storage solution than leaving it in the bag it came in.

1:The grip seal might not work properly, allowing oxygen to continually mix with your coffee beans, allowing them to go stale.

2:Even if the grip seal works great, the one way valve may be faulty (this does happen) allowing oxygen into the bag, again, allowing them to go stale.

3:Every time you open the bag and then seal it again, you’re sealing oxygen in with your beans, allowing them to go stale.

You can solve problems 1 & 2 with free or very inexpensive solutions.

If you have a glass jar in a cupboard with a lid, even that’ll do the trick, in terms of the first two issues. You can also buy several different types of coffee storage containers, some such as Coffee Gator have one way valves & other handy things like date trackers, and they’re not all that pricey.

But if you want to solve all three issues, including number 3 (allowing air in with the beans each time you open them) then the best option would be the Airscape, as I mentioned earlier. 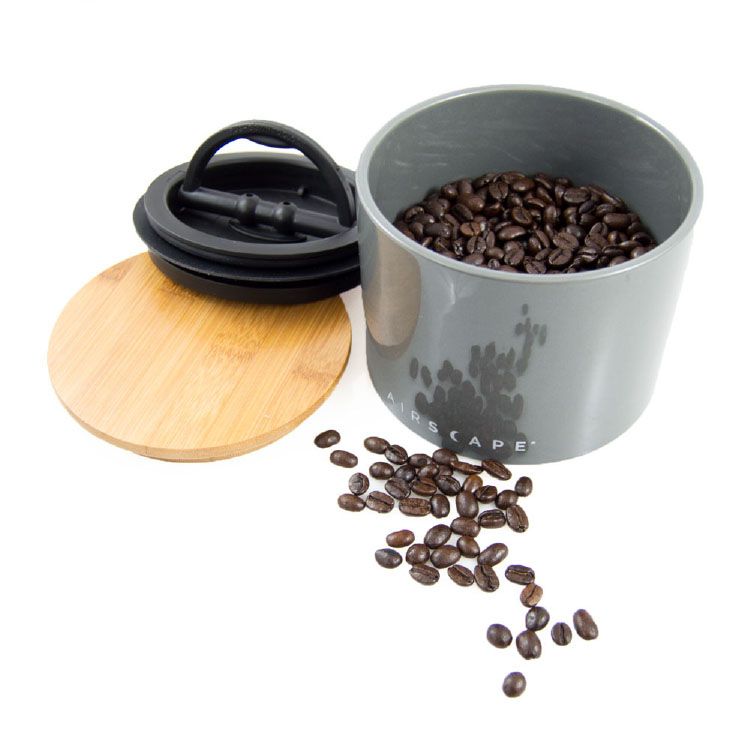 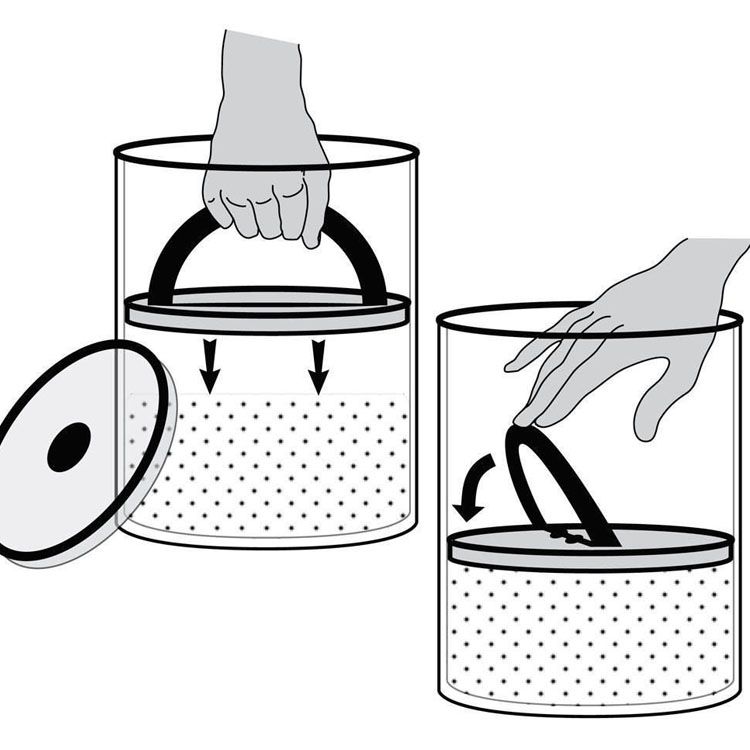 What’s special about Airscape is that as well as an air tight seal along with a one way valve to let any CO2 escape, there’s also an air removal feature.

This means that every time you open your Airscape canister to access your lovely freshly roasted coffee beans, you can force the air out & keep it out, preventing the coffee from being stored with Oxygen, which destroys freshness.

I can’t see any reason that everyone who loves freshly ground coffee shouldn’t have one of these. They start from just under £24, and given that they allow you to remove the air & keep it out, and allow any C02 to escape, I think it’s something everyone should have at this price.

I’ve got one on the way, I’ll review it when it arrives.

The only other potential negative I can see with earth pouches is that they look fairly expensive in comparison to standard stand up pouches.

Obviously this cost is going to be passed on to the customer, you & I. But would you be prepared to pay an extra 20-30 pence per bag of coffee to help prevent the destruction of our planet & everything on it (including us, ultimately)?

I know I would, but also I would imagine that this increased cost would only be the case for a short time. Innovations tend to cost more initially & then drop over time as competition increases, so this is probably only going to be a negative initially.

Life is like a box of chocolates, so join my Brew Time list, and that’s all I have to say about that.

Spread the love
Categories:Coffee, News
Shortly About Us